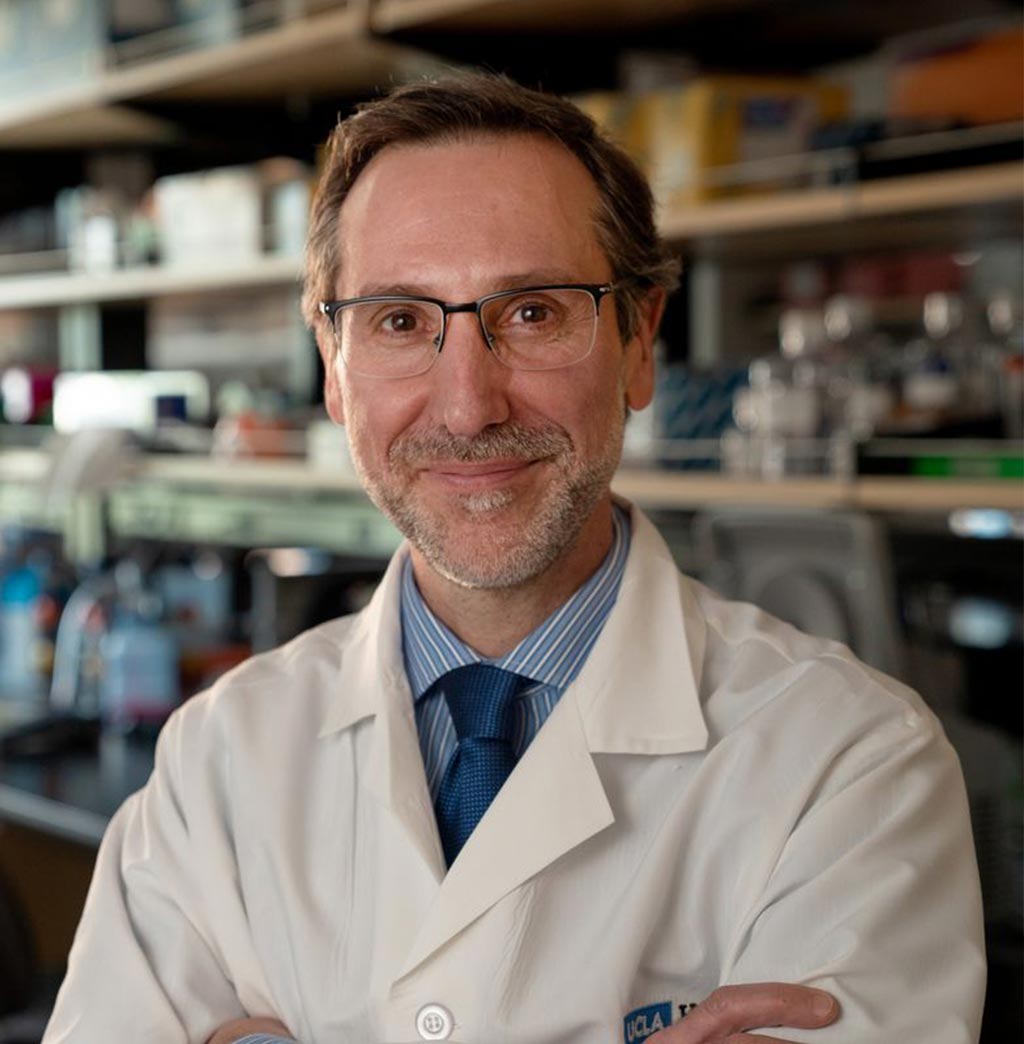 Physician-scientist and professor of medicine

Prof. Antoni Ribas, a renowned physician-scientist and professor of medicine in the David Geffen School of Medicine at UCLA, has been named the 2019-2020 President-Elect for the American Association for Cancer Research (AACR). He will officially become President-Elect on April 1st during the 2019 AACR Annual Meeting in Atlanta and will assume the presidency at the 2020 AACR Annual Meeting.

As director of the tumor immunology program at the UCLA Jonsson Comprehensive Cancer Center, Ribas has helped lead the development of new therapies for malignant melanoma, for which few effective therapies exist.
Ribas is known for his work in immunology and understanding how the immune system can effectively be used to fight cancer in order to develop more effective and less toxic therapies for people with cancer. He led the clinical program that demonstrated the effectiveness of the drug pembrolizumab, which has been a significant advancement in the treatment of melanoma. This was the first of the class of PD-1 blocking antibodies approved by the U.S. Food and Drug Administration for the treatment of any cancer. Dr. Ribas and his laboratory continue to develop new immunotherapies for this disease.

“It is a great honor to be elected by my peers as the President-Elect of AACR,” Ribas said. “In this time of remarkable and rapid advancement in our understanding of cancer we have made great strides at improving treatments, but it is not enough. I believe AACR has to continue to advocate for public policy and funding to support cancer research and the development of new treatments, which is the best investment we can make in our futures. I look forward to working with researchers, clinicians, policymakers, patient advocates, caregivers and patients to pursue the common goal of defeating cancer.”

Born in Barcelona, Spain, Ribas attended the University of Barcelona, where he earned both his medical and doctoral degrees before coming to UCLA in 1996. Now, more than 20 years later, the physician-scientist has made UCLA his second home. He is a member of the Broad Center of Regenerative Medicine and Stem Cell Research at UCLA and a full professor in the departments of medicine, surgery, molecular and medical pharmacology. He also serves as the director of the Parker Institute for Cancer Immunotherapy Center at UCLA, which brings together the nation’s leading cancer centers to maximize the potential of cancer immunotherapy research by building strong collaborations between researchers, nonprofits and industry, who are all working together to get new treatments to patients faster.

“Not only is Dr. Ribas is an extraordinary physician and scientist, but he’s an amazing leader and mentor to the next generation of oncologists and cancer researchers,” said Dr. Michael Teitell, director of the UCLA Jonsson Comprehensive Cancer Center. “His pioneering work in immunotherapy is invaluable. I know he will play a pivotal role in advancing AACR’s legacy of accelerating high-quality, innovative cancer research to help find better treatments for patients diagnosed with cancer.”
Ribas became a member of AACR in 1999, and has been actively engaged in leadership roles since 2014, most recently as a member of the Board of Directors and the Vice Chair of the Annual Meeting Program Committee for the AACR-NCI-EORTC Molecular Targets and Cancer Therapeutics Conference. He is also the co-chair of AACR’s Combination Therapies Think Tank and the scientific editor of Cancer Discovery, one of AACR’s peer-reviewed journals that publishes major advances in cancer research and clinical trials.
Ribas has previously received several national and international awards and grants, including the AACR-Cancer Research Institute Lloyd J. Old Award in Cancer Immunology; the AACR Richard and Hinda Rosenthal Memorial Award; an Outstanding Investigator Award from National Cancer Institute; was an elected member of the American Society for Clinical Investigation; has a doctor honoris causa from the University of Buenos Aires and is a recipient of the Lila and Murray Gruber Memorial Cancer Research Award and Lectureship from the American Academy of Dermatology.